December 2016 a public work called "LÄHDE / KÄLLAN / THE SPRING" was published at the market square in Turku.

I designed LÄHDE from request by Kiinteistö Oy Vaiste. The work consists of 48 pieces os glass elements á 1m x 1,5m and one large element of 16m x 2m. The technique is digital printing on glass with changeable light. Public works was installed as a part of the renovation of Vaiste building.

The printing was made by KHL Glass, watch the video here. 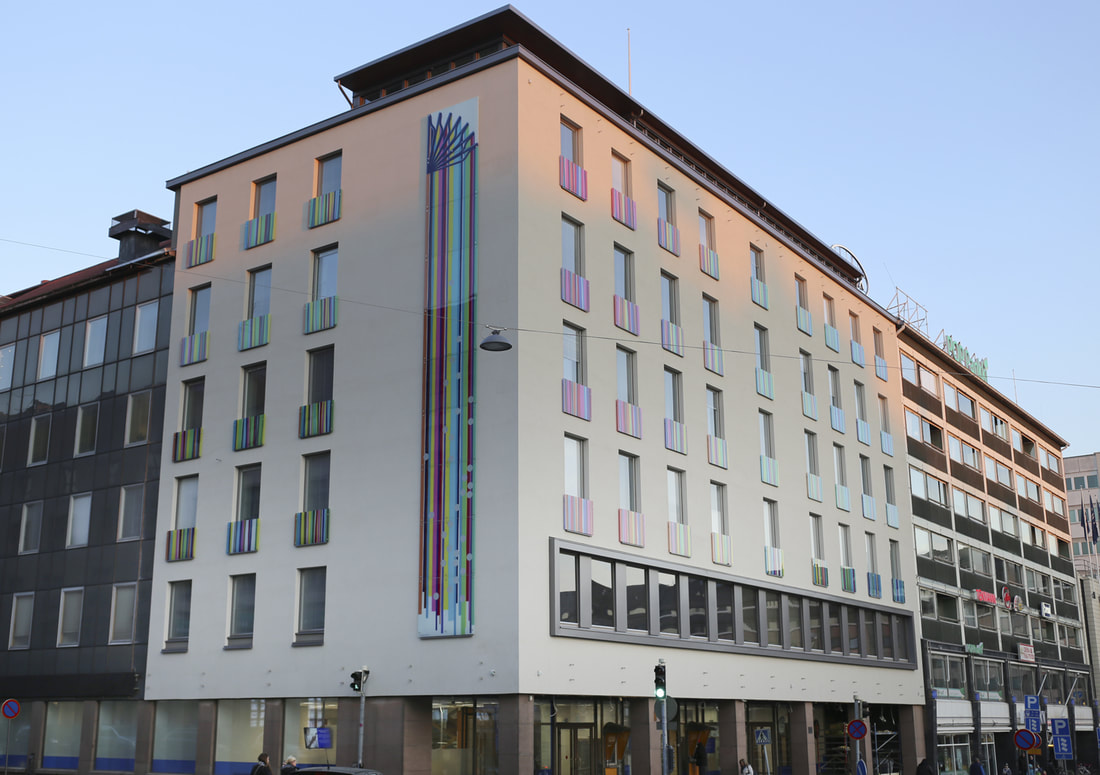 Inspriration to this work comes from the history of the building. It was built as a bank 1904, changed it appearance in the 1960's and now architectural changed were made again 2016. Colour scheme comes from the latest Finnish mark., glorious design by Erik Bruun. Large element with spiral form refers to the mythic Sampo, a magical artifact that brought riches and good fortune to its holder in Kalevala.

Lights in LÄHDE change daily and seasonally following the existing nature light. Large element has an animated spring of light, changing from blue to red to green.

Annika Dahlsten (1975, Vaasa) and Markku Laakso (1970, Enontekiö) are visual artists, who work both solo and as a group. In their collaboration they focus on photography, media art and performance art. Their work has been on display in various museums and galleries both in Finland and abroad. 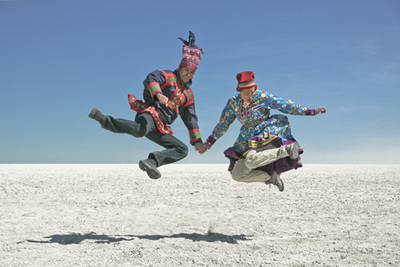 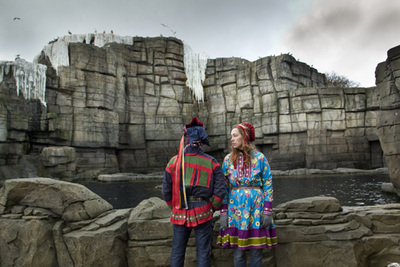 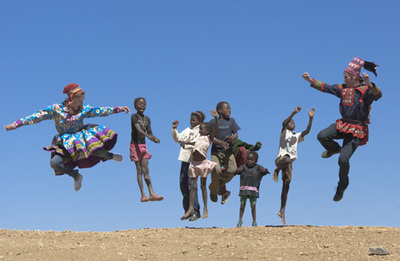 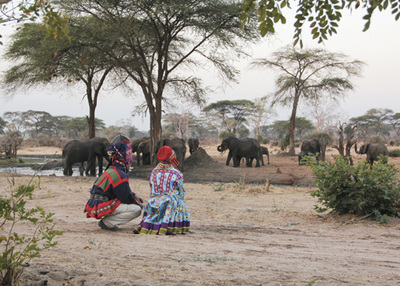 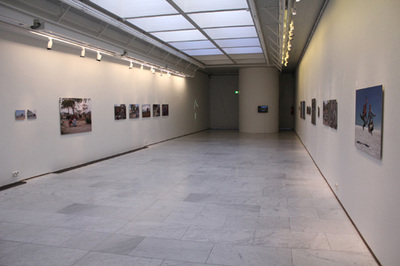 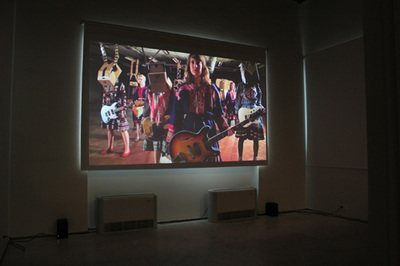 ”Jump in Diorama” focuses on the documentative nature of photography, on staging, and the questions of real and authentic. The artists have taken photos in various natural landscapes in Finnish Lapland, Germany, and Southern Africa, including accidental passer­byes, humans and animals, in their pictures.
2012-2013

Campfire in the Zoo 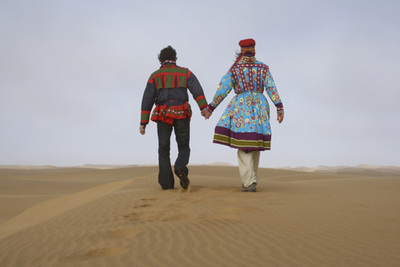 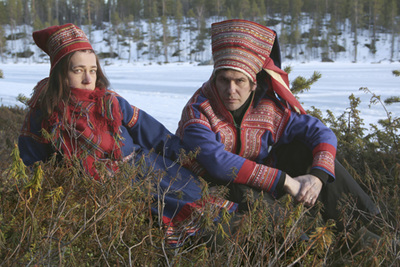 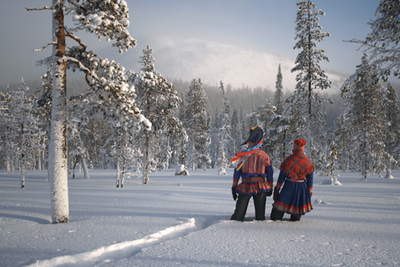 "Campfire in a Zoo" is photographic and video project which was inspired by Markku Laakso's family history. In 1930, his father's grandparents travelled together with Sámi people in Germany, taking part in human exhibitions in various zoos. These photographic and video works are based on the journey that Laakso’s great grandfather made to Hamburg Zoo, where he and his family lived on display as Sámi people. The works open up viewpoints inherent in the background story on identity, rootlessness and belonging to a place. What is indigenousness, who are we talking about when we talk about otherness?
2010-2011

My Great Grandfather Was A Monkey in the Zoo 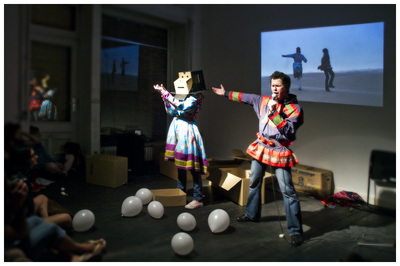 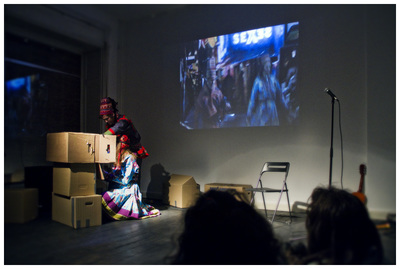 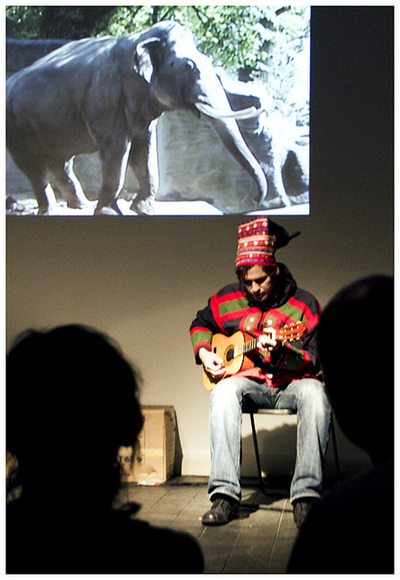 When I was little, sitting on the back seat of my father’s taxi, I would often hear the story of how my father’s grandfather, Simoni, had been an exhibit in a zoo. My child’s mind conjured up an image of my kinsman glaring out of a cage like an ape. The story later turned out to be true. At least partly.